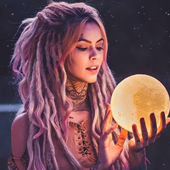 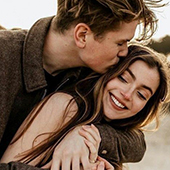 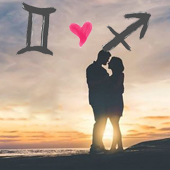 It’s a big step in your relationship when someone says “I love you” to you.

While some have no problem confessing the three magic words, others usually cringe at that thought. Sometimes we don’t need to say out loud; instead, just loving gestures and your significant person can tell whether you really mean it or not.

In this article, we’re going to discuss the topic about when a Taurus man says he loves you. He’s a practical guy approaching love seriously as one of his life goals is to have an in-depth committed relationship.

Don’t expect him to quickly fall in love; actually, it takes him quite a long time to confess his feelings because he’s afraid of being rejected.

The Real Way Taurus Male Says He Loves You 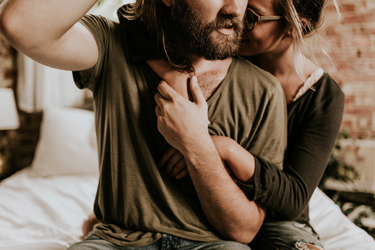 You may wonder how your Taurus boyfriend acts around you in a relationship. By knowing the personality traits of his zodiac sign, you can figure out if he really loves you or not.

Symbolized by the bull, this man has his own way to express his love which will confuse you sometimes if you don’t fully understand what he wants to convey. As his lover, you’re advised not to over analyze everything, suffocate him, and act cold to him.

Does he say what he means, especially the three important words?

If there’s one thing Taurus man loves most in his life, it would be a passionate love. The moment his heart has set on you, he will fall hard and deep the next seconds; however, he won’t confess immediately.

For those who’re curious about whether or not he is falling in love, the better way is to observe his actions and behaviors.

Get a glimpse of Taurus man ignoring his partner in love!

Since he is the traditional type, he enjoys showering his lover the traditional side of love. For example, he will be the one paying for the bill whenever you two have dinner or purchase anything, or he will simply open the door and carry stuff for you. He doesn’t mind sharing his food with you which he rarely does before.

To a Taurus, he doesn’t always verbalize his feelings by saying “I love you”; in fact, little sweet gestures bring more special moments to the relationship.

Check out tips on attracting a male Taurus via texting!

5 Signs a Taurus Man Loves You

#1: He wants to be with you frequently

The Taurus male into you will want to spend most of his valuable time around you.

If you find him looking for chances to be with you, this is the proof he starts feeling something special towards you. Once falling in love, he will try his best to make you feel like the happiest person on earth. You will always be the first in his list of priorities, for sure.

Men born under Taurus zodiac sign are possessive in nature!

Don’t make your Taurus partner gets jealous or his possessiveness will become extreme, especially if you’re in a serious relationship with him. He is cautious and can’t stop asking you questions when seeing you talking to another guy.

You’ll notice that he usually interfere every of your action and decision, from the person you meet and place you go to how long you should take. Due to his jealousy, it’s understandable why he prefers intruding your boundaries.

He is only jealous and possessive if he likes you.

#3: He gives you lots of compliments

Currently you have been receiving quite many compliments from a Taurus man but do not know the exact reason. Well, the answer is that he finds you attractive and feels drawn to you.

When this guy says something, he really means it. If he tells you he loves you, then it is his deepest thought and comes from the bottom of his heart. Keep in mind that Taurus male doesn’t throw his compliments to anyone, however.

Thus, if he praises something about your appearance or your perspective of life, then he definitely feels a connection with you.

I already told you about a Taurus man taking his time before committing a real relationship. He needs to make up his mind and decides if you are the right person for him to spend the rest of his life with.

The moment he commits to you, his eyes will have no one but you.

Loyalty is one of prominent traits of Taurus man – he is the one woman man and hardly changes in love relationships. If he truly loves you, he will value you bit by bit and much worse spoils you.

#5: He wants to learn more about you

The best way is to ask you some personal questions!

If Taurus man is not interested in you, he will never want to know you on the personal level. Having said that, in case you notice this guy keeps asking you questions revolving about your private life, then 100% he has a keen eye on you.

He’s curious about your childhood, your family and friends, your favorite kind of music, your career, your hobby, and much more. The thing is: he’s not the type opening up easily, so don’t force him to share his secrets with you during first dates. Be patient and he will let you in his inner circle naturally.

When a Taurus man says he loves you, he sincerely means what he says.

Never doubt his love because he’s extremely loyal and faithful to his loved one. If a Taurus has an interest in you, he will observe at first and decide if you’re worth his investment.

The moment he starts making his chase, get ready to be showered by lots of thoughtful gifts, sweet compliments, caring touches, and undivided attention. No one can love you more than the Taurus male. Pay attention to the above signs, and you will be able to interpret his liking for you.

If you have any question about this topic, leave all in the comment below.